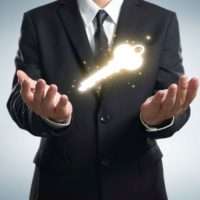 Now and then, housing market stars align to present a surprise opportunity. Such is the case now.

But it’s very much of the moment and this sweet spot won’t last forever.

Brexit fears aside, many other factors could pull these stars out of true. Not least the upcoming General Election.

But right now, there’s a unique opportunity for contractors looking to buy a home!!

Contractors’ strong earning power and penchant for saving and investing curries favour with lenders. Their overall tendency to err on the side of caution also displays prudence.

Ahead of the great unknown we face, mortgage lenders are looking to reduce risk. Your borrower profile—combining high income, savings and caution—is a win-win-win for them.

It’s even stronger when you stack these traits up against the competition!

First time buyers account for 52% of all new mortgages. That’s growth in market share of more than 50% since FTBs represented a third in 2015″! And many of those are intergenerational borrowers (borrowing deposits from the bank of mom-and-dad).

Here’s why I think the whole scenario has inherent flaws. Moreover, how contractors could take advantage of this once-in-a-blue-moon opportunity right now.

In a way, this shift feels a little like self-cert. Inter-generational borrowers are, in effect, borrowing from their future selves. It is entitlement taken to the nth degree. And it’s worrying.

Many existing homeowners are waiting for Brexit results before moving home. So, for now (at least), lenders are running with the surge in first time buyers.

What else can they do? Without first-time buyers, the market would feel more than a tad deflated.

But I ask myself, “if the rest of the mortgage market was more buoyant, would they?”

It’s this simple. The more lines of credit a borrower has, the higher the risk on the part of the lender. And, yes – I’m sure that some parents are gifting the money to their offspring.

But not all of them. For those homebuyers taking equity from parents as a loan, it’s another debt. Eventually, you’ll have to repay your parents’ or grandparents’ loan. The scary part is that, quite often, it’s an unquantifiable debt for the lender involved.

So, why should banks worry? On paper, first time buyer borrowers meet lending criteria. And the lender is potentially getting double bubble from the transaction:

The Bank of Mom and Dad helps GDP, too. More money released from savings and equity, the more in circulation. The more borrowed for mortgages, the greater the amount in the economy’s ‘profit’ column. Everybody’s happy.

So, am I being too cynical? I don’t think so.

Those little windfalls of inheritance that have helped past generations pay off lump sums? They’ll be much reduced in the future. You can only spend it once. Spending it now limits inter-generational borrowers’ options in the future.

And lenders aren’t ignorant. They know this. So, what will they think of a contractor with high, sustainable income and even savings?

Oh, yes: lenders will take that, providing the contractor goes through the right channels. I can’t stress that last bit enough: use a contractor-aware broker every time.

It’s making lenders see a contractor’s affordability that’s often the issue. Getting to underwriters who’ve taken off their blinkers is key to a successful application!

The UK landscape is about to change forever, for better or worse. And right now, it’s taking 162 days to sell a home (on average) in England and Wales. 109 days are from putting the house on the market to accepting an offer.

The mortgage going from accepted-to-completion devours the other 53 days. That’s the biggest part of two months! From time of writing, there could be a whole new Government in that time.

What bank wants to wait that long? And we know they don’t want to wait because of another tell-tale sign.

Have you noticed how many lenders are encouraging you to overpay your mortgage?

Ducks in a row before Brexit

Like I say, lenders aren’t ignorant. Ahead of Brexit, they want reduced risk, more money in the kitty and assurity. They don’t want another financial crisis.

If a contractor uses a broker who knows what they’re doing, they can have that guarantee. Most contractor mortgages complete in 3-4 weeks, some even quicker than that.

What lenders won’t welcome that business compared to their other options?

Many banks are scrapping their contractor employment schemes already. And it was they, primarily the Halifax, that got the contractor mortgage train a-rolling.

Don’t wait until buying a home using your contract rate is not an option. The alternative will be you using your ‘salary’ only. Now that would be a disaster! 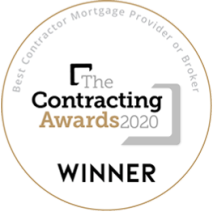